Fukuoka Tower, like every tall tower in a big city, is a landmark everyone visits when they stop over here. Though it is relatively small (at 234 meters), it is the tallest seaside tower in Japan. It was built in 1989 and welcomes tourists to its observation deck nearly every day of the year. In the evening, it lights up, and the decorations change according to the season. General admission is 800 yen per person but if you are a tourist you are eligible for discount. From the tower you can have a good view of the city as well as the sea. By the way, on March 20th, there is a big matsuri marking the anniversity of the tower. 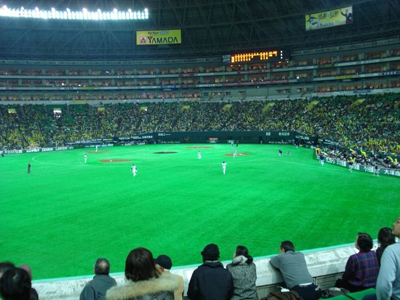