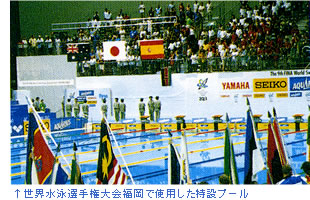 The locals have been abuzz recently with the news that Fukuoka is aiming to host the 2016 Summer Olympic Games. (Sapporo is also in the running, but one might politely suggest that the Winter Games are more up their avenue…) Fukuoka’s bid is seen as kind of a long shot too, given that the best we’ve done so far is the 1995 University Games, or maybe the 2001 FINA Swimming World Championships. For those of you who read Japanese, the Mayor’s special address on the matter might provide some interesting practice material. Part of the Mayor’s plan is to use the newly finished man-made Island City in Hakata Bay for part of the events and housing the participants. However, most likely the bid is just a way to increase Fukuoka’s international profile and attract new infrastructure projects to the city. Too cynical, you say? We’ll see…
Coming-of-Age Day