A few weeks ago, we happened to be visiting the nearby Edo period theme park 肥前夢街道 (Hizen Yume Kaidou) on the same day that they held a cosplay event in conjunction with local cosplay company 楽装 (Rakushou). It was amazing to see the detail that some of the attendees put into their costumes! We were also surprised that more than 90% of the attendees were female, with only a few men. Local contacts tell us that the reason is that most of the costumes are handmade, and guys don’t often put the required time into making a costume.

Anyway, we were so enthralled with the event that we decided next time we wanted to take students too. So, last weekend, we took a few Genki Japanese school students to another Rakushou event, this time at Bayside Place, a now-abandoned shopping center by the ferry port. Presumably it was chosen because the destitute atmosphere looks something like a futuristic wasteland. Students took a bunch of photographs, and we’ve uploaded some of the better ones to our gallery here. How many of the original manga can you guess? Our student Lionel managed to get about half! 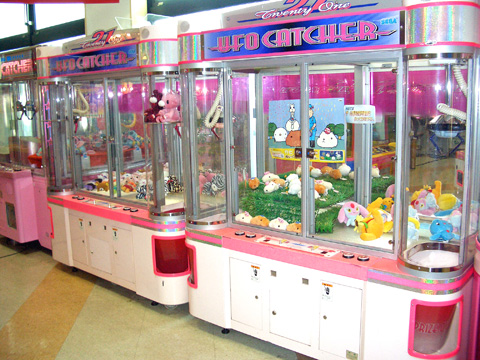