An earthquake of about magnitude 6 hit Japan last night at around 2AM. Though news reports state that the epicenter was north of Kyushu, it was felt strongly as far as Hiroshima (with a reported magnitude 5) and even here in Fukuoka (at around magnitude 3). 17 injuries have been reported so far, but no fatalities. No significant damage was incurred, and there have been no tsumani warnings.

Earthquakes are quite rare in Fukuoka, so it came as a surprise to many local residents (and of course, our Japanese language students from countries that don’t generally have earthquakes!), but taking the relative tameness of the quake into regard, we are all very thankful that it turned out alright – especially considering that the 3-year anniversary of the disastrous Tohoku quake in 2011 was held just earlier this week.

Most of you should hopefully already know the proper protocol for dealing with an earthquake, but for those who don’t, there are some handy tips in English on this website.

Japan has a very effective Earthquake Early Warning (緊急地震速報 – きんきゅうじしんそくほう) system in place. Most TV channels will play an alarm sound, and display the message “緊急地震速報です。強い揺れに警戒して下さい。” (きんきゅうじしんそくほうです。つよいゆれにきえいかいしてください。 – “This is an early earthquake emergency warning. Please prepare for strong tremors.”)

Users of Japan’s majour cellphone networks (AU KDDI, Softbank and Docomo) will also get an emergency notification. This notification plays an alarm sound, followed by the message “地震です” (じしんです – “Earthquake!”). This mandatory alert system is automatically set to go off even if your phone is on silent, or has the “do not disturb” function turned on, and you can not disable it. If you are using a cellphone from an overseas provider, you can download a free app called “Yurekuru Call”, which will do the same as above. 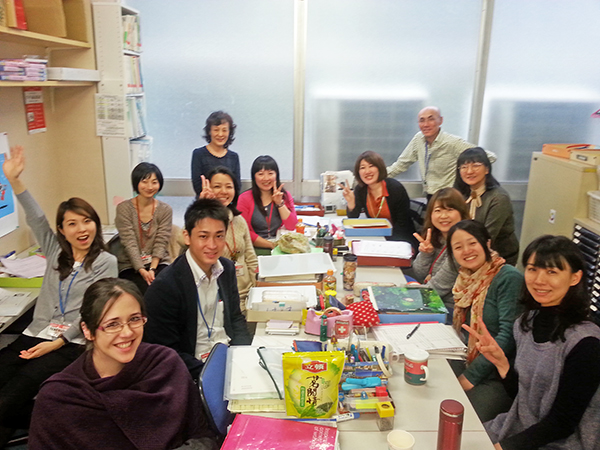