Kyoto and Kansai Dialects – what are they? What are Japanese dialects? Do specific dialects have any specific words and phrases? These and some other questions will be answered here! I have to note that though Kyoto dialect and Kansai dialects are a little different, a lot of the words and phrases are exactly the same, so we will cover them together.

If you are looking from the outside, Japan seems like a homogenous country where everything is standardised and works like a well-oiled machine. Japanese language, with all the richness of it, also appears to be standardised. But it is quite far from being so. One big difference that is very noticeable even from the outside of the country is that the Japanese language you hear in anime and real-life Japanese is very different.

To give you a couple of quick examples:

These are very general, and there are exceptions, but these are the only differences noticeable from the outside. Some are of the above words are archaic and not used any longer. This simple example may help us realise that there is no “standardised” Japanese, not really.However, just to make it a little easier, we will refer to to the Japanese taught at almost all Japanese language schools as Standard Japanese.

Japan has 16 distinct dialects, which are further divided into 42 separate ones. Every prefecture of Japan has a way of saying certain words; if heard by an outsider, it would make very little sense.
The major dialects are named after the area they come from:

We will cover at least some of them in our later posts, but for today let’s concentrate on the two out of this list:

Kyoto Ben and Osaka Ben – these dialects can be grouped together in an uneasy partnership called Kansai ben – or the Kansai Area dialect. If you go to smaller places, you will most likely find another variation of a larger group of dialects, but to cover all of them would take a multi-series encyclopedia.

For visualisation, Kansai is the area in dark green.

We have teachers from all over Japan and they were kind enough to record their native accents. So let’s have a listen to what Kansai Dialect sounds like:

You can see that some words were entirely different from what you would have expected. Let’s look at another phrase:

The above is mostly what is spoken in Osaka and the surrounding areas, but what about Kyoto?


It may sound not very easy, and let’s be honest, it is not that easy, but that is exactly why learning Japanese is so much fun. We want to give you a couple of short phrases and words to practice so that the next time you are in Kyoto, you can sound like a Kansai person:

I want to note that Kansai Dialect and Kyoto Dialects are very similar and sometimes the only difference is in the intonation. So the following rules can be used for both dialects and you will truly sound like a native if you master all of them!

As it may be the case with your language, nouns are usually quite unchangeable. There are words in the Kansai dialect which you would just have to remember. However, verbs and adjectives usually follow strict-ish rules and some phrases as well. Let’s look at the most noticeable of the rules – ない (nai) form conjugation.
If you studied Japanese you know that there are roughly 3 types of verbs. The so-called U-verbs, Ru-verbs and Irregular verbs. Let us look at them and see how they change if you travel to the Kansai area.

You will notice that ない part, changes to ひん. The verbs presented end on the い (i) sound before the る and have no other sounds, that is why the slight extra sound is added.

For comparison, lets look at the Ru verbs that have more sounds than the previous selection.

The Kansai and Kyoto dialects change quite predictably in this case. As thare are more sounds in these verbs than what we saw previously, the change is slightly less complex.

The rules are slightly different, but if you know your u-verb negative forms, it should not be an issue for you!
Let’s look at the following verbs:

Now we see how the negative forms of the verbs are formed; we can play about and be from the Kyoto and Kansai areas:

You can see that the last sound before the ない sound does not change and we just need to add the へん sound.

These are very special kind of verbs of the Japanese language, and one might argue that they are some of the most used ones! These you will just have to memorise.

These verbs conjugate in the following way:

As you can see, there are many rules and we have only scratched the surface on the subject. If you interested in more articles like this please let us know! And if you want to hear these accents first hand, do plan to come to Japan once the world is open to travel again. Luckily we have schools in Fukuoka where Hakata ben is spoken, Tokyo with the standard Japanese and, of course, Kyoto!

There is a ton of resources beyond what is covered here. Wikipedia is actually a wonderful starting place as well! 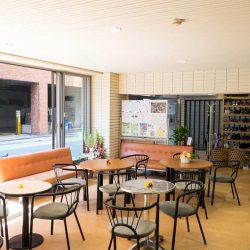 A week in our Fukuoka Japanese language school

A Week at our Kyoto Japanese language school