Today marks the beginning of GenkiJACS’ own martial arts series. Here we will be introducing some of the more famous martial arts that originated in Japan or, at least, the ones that have been practiced here for long enough to become a staple in this country. We will also look into some of the lesser-known ones as they may also be of interest to some of you.

We have decided to start with one of the more popular and quintessentially Japanese martial arts (known as “武道” – ぶどう) － Kendo (剣道) which roughly translates into The Way (道) of the Sword (剣).

Kendo originated from an older form of sword fighting that was collectively called Kenjutsu (剣術), which means the Art of the Blade. Now, one thing needs to be said: There was no one particular school of fencing in Japan. Rather, there were many schools that taught their own particular way of wielding a sword. Most of the schools were established during the Muromachi Era (室町時代) (1333-1573) as it was one of the more violent periods in Japanese history, and the refinement of fighting styles happened mostly on the actual battlefield. The more effective the style, the more likely it was to be passed, much like the idea of the survival of the fittest. 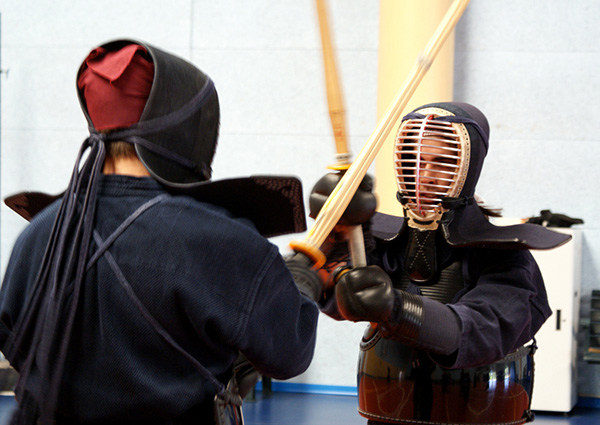 Further, during the Edo Period (江戸時代) (1603-1867) the idea of the warrior being more than just a skilled fighter was being developed. That is where the idea of Bushido (武士道) or the Way of the Warrior was born. It is a philosophy that considers the warrior to lead their life in pursuit of service to their master, perfecting of the art of fighting, and most importantly, the art of dying.

As the time moved on, protective practice armor and a bamboo sword were developed, which resulted in a less dangerous way of training. Throughout the years more developments and improvements were made to make practice a little safer.

After Meiji Revolution or Restoration (明治維新) (1968), depending on which side of history you choose to see the world from, the Samurai class was banned and the Bushi’s signature long- and short swords (Katana, 刀 and Wakizashi 脇差) were also prohibited, but unsurprisingly the philosophy and practice of 剣術 and 武士道 survived the change.

Ah, the tumultuous 20th century. Here the standardization of the different techniques started happening and we can see a more codified and formal version of Kendo being born. Even with the temporary ban after WWII, Kendo is still practiced by millions of people. Maybe you are one of them? 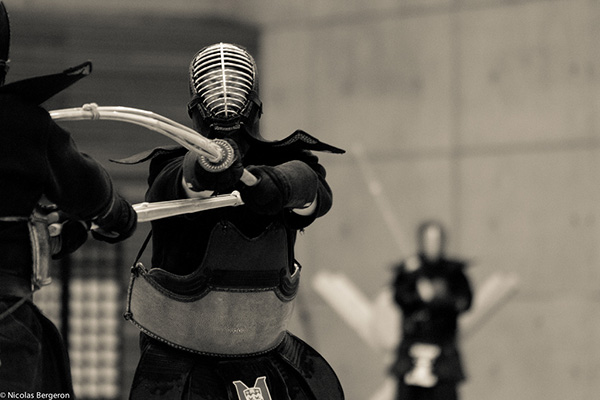 There are a few general striking points:

During the competition, two Kendo Practitioners or Kendoka (剣道家) enter the Shiai Jo (試合場) and fence until one of them scores either two points, or wins by Hansoku (反則) or foul play.

That is pretty much it, for more information, please check out numerous resources around the world wide web, but we hope that this little introduction gave you a little taste of what Kendo is like today.

Please stay tuned for more information about martial arts from this side of the world. We hope that it sparked your interest in Japan and it’s many art forms.