GenkiJACS staff were treated to a night at the Robot Restaurant in Shinjuku this weekend. Even though the name has “restaurant” in it, it’s actually a “robot” show! Buying a ticket to the show gets you entry, two free drinks a food box if you choose to have it.

The lobby of the restaurant looks like something out of an 80’s sci-fi film, LED lights and mirrors everywhere! 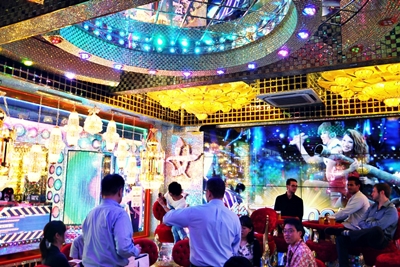 The show itself is a visual feast of colours and lights, accompanied by some catchy tunes (you haven’t lived until you’ve seen these “robots” do the Gangnam Style dance!) The scantily clad ladies are sure to be a hit with the male audience, while the robot characters (automated robotic dogs and large mecha “driven” by the girls) are sure to provide entertainment for anyone watching the show. 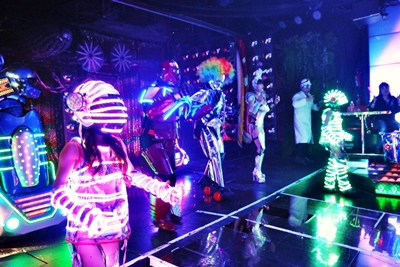 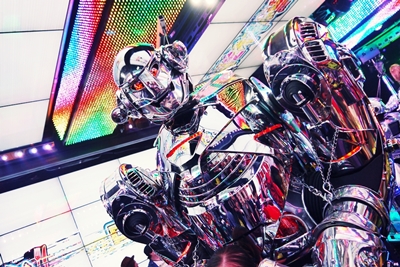 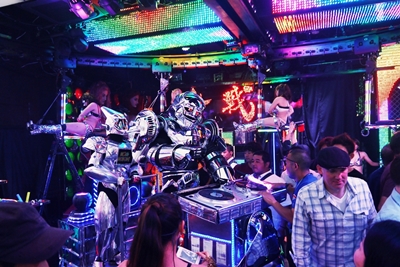 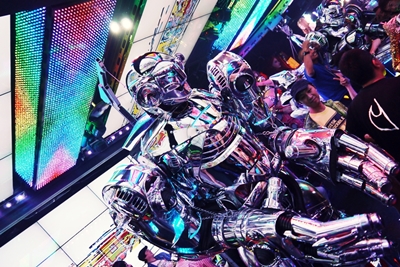 The show changes periodically to include new choreography and robot characters, so you won’t see the same items twice.

Check out more pictures of the event in our Facebook gallery! 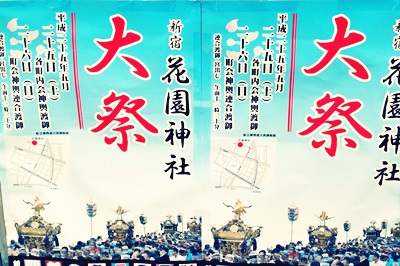