In Japan, the gas stations provide services that are as good as restaurants do. At full service gas stations, which most are, allows you to sit back and relax while the staff do all the work for you – filling up the gas, cleaning the windshield, throwing away your cigarette butts and etc. One of our former students went to a gas station for the first time with his friend. He was pretty impressed with the service he received. While he was left alone in the car when his friend went to the restroom, he was given a towel. With excitement, he thought “Wow! You can even get a wet towel for refreshing!!” But right before he put the towel on his face to wipe as you would in an airplane or in a restaurant in Japan, he noticed the towel doesn’t look so clean. As confused as he was, he reported the incident to his friend and said, “I only wiped my hands and gave it back to them!” Well, you can actually do whatever you want with it, but the wet towel provided by the gas stations is generally for you to dust the interior yourself by wiping the top of the dashboard or inside the window panes and etc. Though it might be uncomfortable for some people to have everything done for them while they sit there and do nothing, it is fair to say that the wet towel is a nice touch which everyone appreciates. 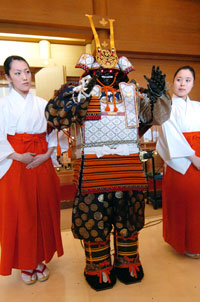