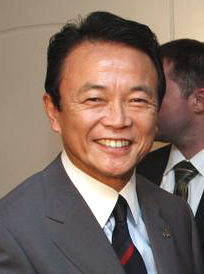 Did you know Japan`s current prime minister, Taro Aso, is from Fukuoka? In office since September 2008, he is noted for being a manga fan, his often-criticized controverisal statements (which you see now and then on the world news, and way more often in Japan), and having a fondness of fine dining.
Yatai (屋台)
Site update