At the end of every year, one kanji is nominated to become the “symbol” of that year. This kanji embodies the spirit of the past year.

The official kanji of 2015 was announced yesterday: 「安」 (あん, “an”)
This kanji appears in the words 安全 (あんぜん, “anzen” – safety, security), and 安心 (あんしん, “anshin” – peace of mind), and was chosen specifically because of the terrorist attacks on Paris in November.
Asahi newspaper says the kanji 安 was chosen because 2015 was a year during which “many people were wishing for safety and peace of mind”. 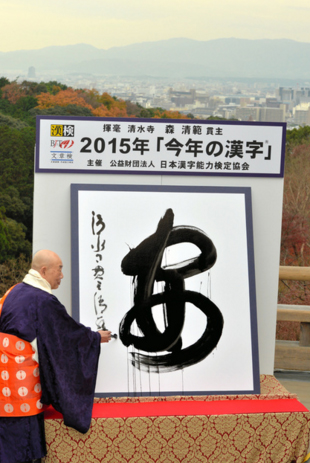