A Quick Guide to Nagoya City

A Quick Guide To Nagoya

Nagoya City is one of the most overlooked places in Japan. If you ask a Japanese person, no matter where they are from, they will tell you that there is absolutely nothing to do there. I am here to debunk this myth and actually get you excited about visiting Nagoya in the future. Maybe by the end of it, Nagoya will become one of the most memorable places of your trip!

Nagoya city is located right in between Tokyo and Osaka. If you take a train Shinkansen from Tokyo to Nagoya, it won’t take you more than two and a half hours. Even closer is Osaka, with less than 1-hour ride on a bullet train.

It is not a small city. It is the fourth most populated city in Japan, so it is quite surprising that most people you ask about Japan would not know anything about it. Right in the heart of Aichi prefecture, it is a centre to which people from surrounding areas gravitate to. Let’s find out why.

Aichi prefecture and Nagoya have always been in the middle of things. Before the Tokugawa shogunate took control of Japan in the 1600s, the country was in turmoil because of the warring clans. But after a number of battles at the end 16th century and the beginning of the 17th century, the Tokugawa shogunate began the de facto rule of Japan. The cool thing about Nagoya city is that the three most powerful warlords of the period: Oda Nobunaga, Tokugawa Ieyasu and Toyotomi Hideyoshi, were all based in the areas surrounding Nagoya.

The city became an important landmark in Japan where important seats of power were located. After a while, Nagoya castle was constructed as the fort in the area. The city was also on the vital Tokaido road (東海道), which connected Edo (Tokyo) and Kyoto (Kyoto now as well). As you can imagine being a major stop between two capitals, enriched Nagoya and made it into an economic centre of the area, all the way up to WWII.

During the war, a lot of the city was destroyed. During Post-War Japan’s economic boom, the city grew, and a lot of the devastation was rebuilt. Now it is one of the easiest to access metropolises of Japan.

Tip of the iceberg

Now you are thinking of what to do while on a quick holiday in Nagoya. You are in luck as the city has countless events and shows to go to, and places to and see.

The list has only 6 items, but trust me when I say that it is just the tip of the iceberg! Festivals are held pretty much every season. Osu street festival held in the middle of October is just one of the examples. Have a look at our list to find out a bit more.

How easy is it to get to and fro Nagoya?

Nagoya is incredibly well connected. There is an international airport, only 30 minutes away from the centre of the city. If you are flying to Nagoya and want to travel to other locations in Japan, it couldn’t be easier. Nagoya to Tokyo flight will cost around 8000 Yen and will get you there in 1 hour. Fukuoka to Nagoya is only about 7000 Yen and lasts less than 1:30 hours. If you would instead take a bullet train, then the trips are a little longer, but will take you from one centre of the city to another!

If you are just visiting or planning to study in Nagoya, it is a fantastic place to explore and accommodate your every need. Google street view can only do so much, you should come and breathe in the atmosphere of this amazing place. 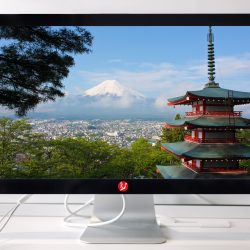 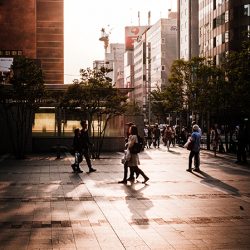