Today, we’d like to introduce you to the Japanese custom of hand towels. A hand towel is a small (usually about the size of a face cloth) towel you carry with you in your purse or bag. A lot of public restrooms in Japan don’t offer paper towels, so people who don’t like to use electric air dryers carry their own towels with them. This is such a big thing in Japan that these towels can be bought as special gifts, and are often quite pricey (designer hand towels by the likes of Louis Vuitton and Hermes can often go for up to ￥10,000, with limited edition towels such as the Hermes set below going for over ￥30,000). 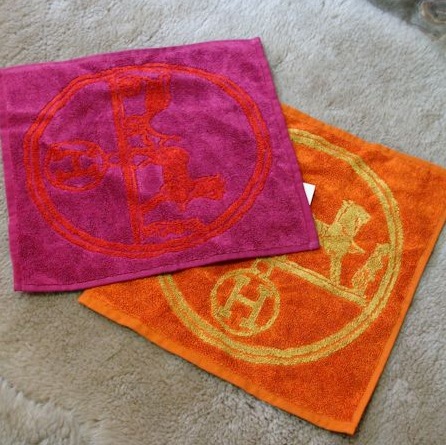 Of course, for the rest of us, the hand towels sold at ￥100 shops work just as well, and won’t break the budget quite as badly 🙂