It’s nice to be popular: A search result analysis

Google seems to like us! For some reason, we’re ranked very highly for some topics that we probably shouldn’t be… Here’s a quick sampling. (All results current as of the 20th of July, 2006):
Farmstay WWOOF: #1! (We do indeed have a WWOOF Japan-approved farmstay course, but in all honesty we probably shouldn’t be number 1, you know?)
Nippon versus Nihon: #1!
Fukuoka Olympics: #1! (given which, perhaps we should remove some of the sarcasm from our post…)
Ijou ika: #2
Gookon: #4
Goukon: #5
Weird Japanese customs: #8
Fukuoka 2016: #9 (yup, another Olympics one?c)
Pottery classes Japan: #11
Indoor snowboarding: #12! (We wrote a single blog entry about visiting an indoor snowboarding arena several months ago, it’s true. Hardly a googlebuster, though…)

We hadn’t really realized until recently how easy it seems to be to be highly ranked in Google for even slightly uncommon subjects. Now, if we could just figure out a way to improve our ranking for “Japanese language school”, then we’d be happy! Any webmasters out there care to help?? 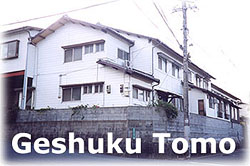