Japanese adjectives have very strict rules. There are only two kinds of adjective:
1. “い” adjectives (adjectives ending in the character “i”)
おいしい (oishii, delicious)
青い (aoi, blue)
鋭い (surudoi, sharp)
These adjectives can be placed directly before a noun, for example おいしいリンゴ (oishii ringo, delicious apple), or used by themselves, for example “おいしい！”

2. “な” adjectives (adjectives that have “na” added)
貧乏な (binbou na, poor)
きれいな (kirei na, beautiful)
豪華な (gouka na, extravagant)
These adjectives must have “na” added when they’re used before a noun, for example きれいな人 (kirei na hito, a beautiful person). However, they can be used without “na” by themselves, for example “きれい！” They can end in the character “い”, but are generally made from the 音読み (onyomi, or Chinese reading) of two kanji put together.

All adjectives fit into one of these two groups, except for one common but strange word: 同じ (onaji, the same). This is perhaps the only exception to the above rules, since it doesn’t end in the character “い”, but it can be placed directly before a noun, without “な”, for example 同じ奴 (onaji yatsu, the same guy). As it’s such a common word, most students learn it without even noticing that it doesn’t fit the rules, but it’s a strange little reminder that language is not a fixed set of patterns, but an ever-evolving tool.

Now that we’ve finished writing this article, it doesn’t seem half as interesting as it did before we started. Ah well, such is life… 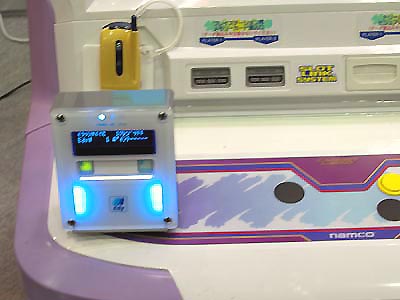 Epayments take off in Japan

Thank you for this blogpost! I recently found that 同じ is often considered a noun in Japanese, which would explain why it doesn’t follow normal adjective rules as you mentioned. According to Jisho, it’s a “noun (or verb) that acts ‘prenominally'”, meaning you can put it before a noun (and therefore it appears like an adjective). It’s confusing to English speakers as “same” is definitely an adjective, plus some sites like Google treat it as an adjective, and functionally, it might as well be. So that might explain the discrepancy.