The Golden Week – Why are we resting?

Golden Week – What is it?

The Golden Week has a right to be called that. We associate gold with something to be cherished and valued; the Golden Week is the only real long holiday for a lot of Japanese working people, so it is a beloved holiday throughout the whole of Japan.

It is a truth universally acknowledged, that an employee of a Japanese company who is working all year long, must be in need of a Golden Week.
Jane Austen had not written the above passage, but it is sadly true, most Japanese company employees are rarely seen on holiday, the first week of May is the only long respite from hours of work.

Whether by accident or by design, but the Golden Week is the most densely packed week with national holidays. Let’s go through them one by one, just so you know why we are choosing to rest:

Stop the press. Let’s talk about what Showa means first. We can calculate years in Japan in 2 different ways. The first one is well known. For example, Sailor Moon (美少女戦士セーラームーン) was released in 1992 and ran until 1997. This means that if we count from year 0, people had to wait for 1992 years before watching this amazing show. But this is just that, one way of counting years is by following the Georgian calendar. The second way of counting years is a traditional Japanese way: by emperor reign names. As an example, we would call the current age Reiwa (令和）and it is the 3rd year of Reiwa, and before that there was Heisei（平成 1989 – 2019) and before that Showa (昭和 1926 – 1989) etc. You can check what year you were born by using this tool!
So it brings us to The Showa Day or the day where Japan celebrates Showa Emperor. It became a national holiday during the Showa era when emperor Hirohito declared his birthday a National Holiday. Because of Japan’s history, after Emperor Hirohito passed, the government declared this day the Greenery Day (みどりの日). In 2006, the Japanese government changed it back to Showa day to remind Japanese citizen about their history and lessons one can learn from it.

In 1947 the Japanese government introduced the new Constitution of Japan. Though the new constitution was not introduced on 3rd May of 1947, the celebrations are in May! Good news for us, because we get to rest one more day!

4th May – The Greenery Day (みどりの日)

By the law of National Holidays, any one day that falls between 2 National Holidays is also considered a national holiday, this day kind of cruised between the Constitution Memorial Day and the 5th May Holiday. From 1988 to 2006, it was the Citizen’s Holiday (国民の休日), but in 2007, it became the Greenery day, legitimising it. The Greenery Day was invented because Emperor Showa loved plants.

Originally was called Boys Day, during which Carp Streamers were flown. During the holiday, a lot of households will fly fish-like flags as well. It was a counterpart to Girls day celebrated in March. However, now it is known as children’s day.

We will go into the actual holidays and how we celebrate them at a later post, but for now, it should do the trick.
Funnily enough, the 6th and 7th of May are not holidays, but many people take them off as well, and some companies just give those days as holidays to their employees.
Check our holiday schedules here, this will give you an idea of when it is best to come to Japan!

If you know anything about mass holidays in any country, you can imagine that trains and planes are packed, and traffic jams can stretch for ages. But such are the realities of the longest holiday period in Japan.
If you have heard of the Golden Week or have anything to add at all, feel free to contact us! 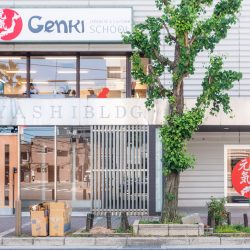 A Week at our Kyoto Japanese language school 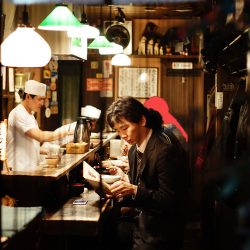 Restaurants in Tokyo – Favorites among locals