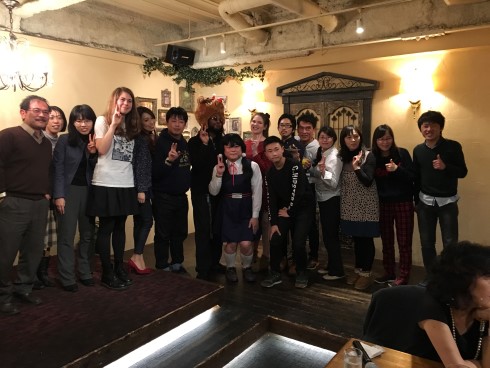 It’s the time of the year for Japanese companies to have their year-end parties, or 忘年会 (bounenkai). The kanji for this literally mean “forget year meeting”, and in theory that’s part of what people are supposed to be doing – forgetting all the bad things that happened that year, so we’re ready to approach the new year with new energy. But in practise it’s usually just an excuse for a big party.

So that’s what we did! Yesterday, December 22nd, GenkiJACS’ Fukuoka Japanese school had our bounenkai at a nearby restaurant. About 70 people attended, and we put on a whole program of entertainment, from karaoke to cosplay to quizzes and more! 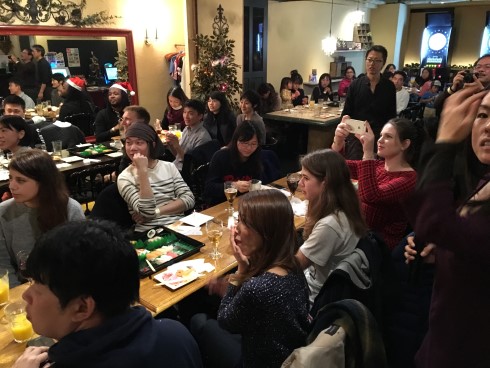