Now that there are rumours that the borders are going to open soon and if you are reading this, you are interested in coming to Japan very soon!
Right now the incredibly busy places worthy of visiting are quite empty and will stay that way for a bit longer.

We are convinced that you CAN come to Japan soon. We decided to give you a list of 5 places you should visit as one of the first ones to be back, after almost a 2-year gap. Before the madding crowds come as it may.

Ah yes, the one and only. Even if you have never read the name above, we have definitely seen the pictures of thousands of red gates. Usually full of people, it is quite empty. On my last trip there, I saw a grand total of five people, and while we expect it to be busy soon, it won`t reach the levels seen previously.
The shrine was established between the end of the 700s and the end of the 1100s and it is dedicated to the god of grain. You will see foxes dotted all over the places, and it is because they are servants of this particular god.
So your first stop should be in Kyoto visiting arguably the world`s most famous shrine. There is a reason why it is on top of our list of 5 places to visit.

Quite a leap…But yes, it is THE centre of anime, manga, technology etc etc etc. Anything you may have thought Japan to be when it comes to the modern age, Akihabara is it.
Why is it so famous? The answer is quite obvious. If you like technology, if you believe that you would have thrived in the Fire Village or would like to have danced around your garden with Totoro, then this place is obviously for you. Now, Tokyo is never not busy, but right now, it will not be as busy and should there be an event or a queue to a maid cafe, it won`t take you quite as long.

Run with Ashitaka on his elk and San with Moro and her pups by your side. Yes, we are talking about Yakushima, an island that inspired Miyazaki when he was creating the epic story of Princess Mononoke.
By the way, Mononoke can be roughly translated to Spirits. Something that comes from nature, but can`t be explained or controlled by humans. Travel to Yakushima and transport yourself to a place where the borders between dreams and reality are are almost invisible.

It is one of the most famous sites in Nagoya and Japan. It is believed it was established almost 2000 years ago and is considered to be one of the most important shrines of Japan. One cool thing is that it houses the famous Kusanagi Tsurugi. Though… it is never shown to the public. It is said that during busy years more than 9 million people visit the shrine annually, but considering the topic of the blog, you may be one of the few who get to visit it in the next year or so.

Though Shikoku is one of the main islands of Japan, it has only 3.8 million inhabitants. It has a bunch of things to do and see, but mainly, we would recommend soaking the island’s natural beauty. Practically untouched mountains and valleys will offer you unbelievable views. It is also famous for the 88 Temple Pilgrimage which is about 1400 km in length, so if you have time on your hands, it is one special journey.

So hopefully it will give you some ideas of what to see and do, once you are here. Mind you most of the places to visit we discussed above are beautiful and worth visiting any time, but it can be especially amazing without too many people around. Your selfies will be just you and Japan. 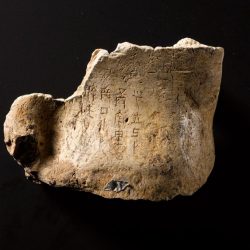 The origins of the Kanji 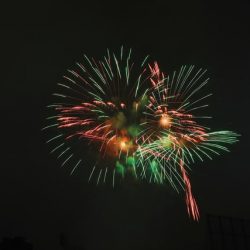