The New Year is Upon us! 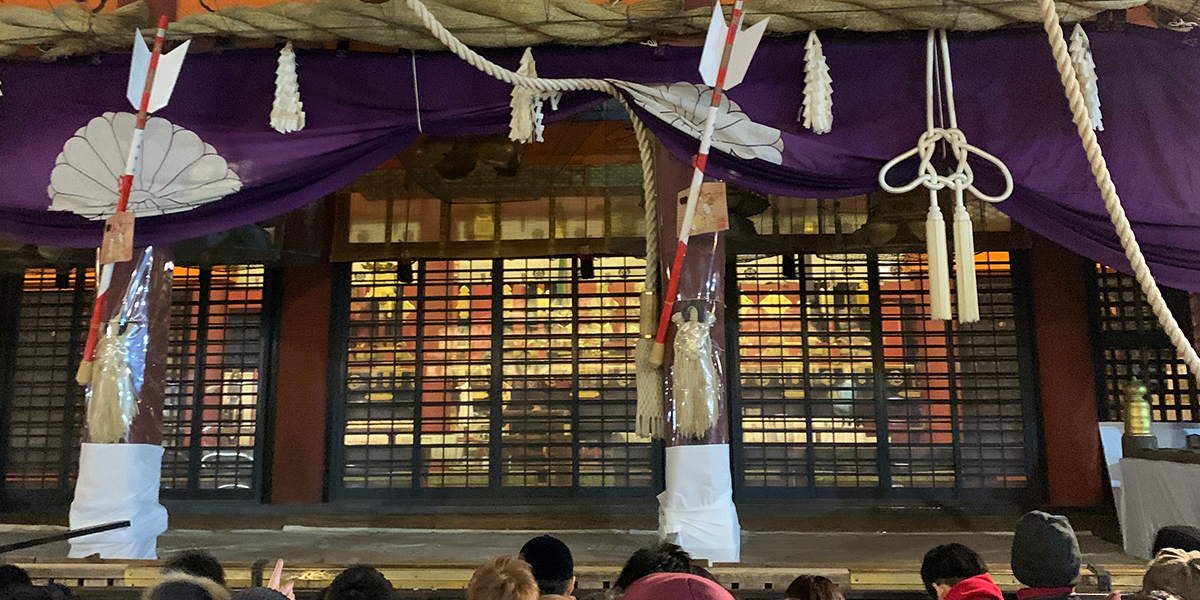 As it approaches, it is time for new year resolutions, however, we know exactly what happens with them, once February or March roll in.
We either forget about them, or they get derailed by all other things in our lives. Suddenly your gym buddies are distant memories, or the wooden sculpture of a troll is half-finished on the table. The everyday grind takes over, and, suddenly, our hopes and dreams are left in a locked box just to be taken out the next New Year day, and then closed again.

Sounds familiar right? We are all wannabe painters, violin players, world travellers or healthy eaters. Now, we are not saying that all of our resolutions were complete failures, but we know that we could do so much more. We have some very good news for you! 初詣 (Hatsumode) is a practice of shrines or temples at the turn of the year to predict your future and make wishes that will surely come true!

As noted earlier, it is a practice of visiting Shinto Shrines or Buddhist temples during the new year celebrations. Most of Japan is off work from the 29th December to about 3d of January and it is when most Japanese visit the shrines.
Some believe that it has to be done on the 1st of January, others think that it is okay to extend the visitation until the 7th of January.

So, let’s say the New Year Celebration’s grogginess subsided and you are ready for your first Hatsumode. What’s next?

The first step is to pick your shrines or temples. Some get incredibly busy and you might have to be ready to queue for 2-3 hours in the cold. To pick the right shrine, you need to know what they are for, so we will provide you with some examples:

Fukuoka
Sumiyoshi Shrine is of the more famous shrines of Kyushu. Built for safe voyages as it houses the god of safe ocean travel. The coolest part of this shrine is that historians believe this to be the original Sumiyoshi Shrine (住吉神社）as there are many dotted around Japan.
So if you are looking to travel, this is the place to go!

Kyoto
We can`t talk about Kyoto without noting Yasaka Shrine. It is one of the most famous shrines of Kyoto and, therefore, Japan. It enshrines two gods, who are a couple, so this place is THE spot for those in-love or seeking love.
Sooo, if you are looking for love, this is the place for it!

Nagoya
Atsuta Jingu is one of the main shrines in the whole of Japan. It enshrines the Great Gods of Atsuta which includes Amaterasu-Omikami who is the sun goddess of the Shinto tradition, which makes her the main deity in the whole of Shinto religion. If you are going to ask for something this year, why not go directly to the top?

Tokyo
If you can stomach thousands of people standing in the same queue as you, then Senso-Ji is the place for you! It is the only Buddhist temple on our list, but for a good reason. Senso-Ji Temple in Tokyo and one of the most important ones in Japan in general! It is a temple that is dedicated to the deity or Bodhisattva of compassion. What can be a more positive start of the year, than cultivating compassion in yourself from day one of the brand new year!

Depending on where you go, hatsumode is a little different.
One thing you have to get ready for is standing in a long, long, long, long, long, never-ending, long and long queue. Then you get to ask for your new year resolution to come true, and it will!
Firstly go to the main shrine or the main building of the temple and after throwing some coins in, but the way you pray differently:
Shinto Shrines: Throw some coins and then bow deeply twice, then clap your hands twice, so that the gods could hear you. After you are done praying, bow again and you are golden.
Buddhist Temples: Throw your offering into the collection box, then press your palms together WITHOUT CLAPPING and bow. After a bow, you can start praying, bow once more at the end, and that is it.

We will cover the ways of visiting temples and Shinto shrines at a later date, but for now please remember some basic rules that apply no matter whichever shrine or temple you finish:Bow before growing through the sanmon (the main gate of the temple/shrine)
Don’t walk in the middle of the path at a shrine. Gods walk in the middle, we mortals must keep to the sides.
Washing your hands at a Chozuya. If you see one, you must wash your hands.
Do not step on the beam under the Sanmon, but go over it.
Bow in front of the sanmon after your visit.

During the hatsumode, people in Japan usually bring their old charms and amulets, purchased at the shrine or temple, and return them. Then you would need to buy new amulets to replace the old ones. These amulets are usually there to bring health, good fortune, peace at home etc.
Then the most fun part is getting an omikuji! It is a piece of paper that will tell you your fortune for the coming year. How you will do at work, how healthy you are going to be, or if it is a good year to travel. It will cover all of it! Also, there are good and bad fortunate omikuji, so tread carefully.

Even if you do not believe in any higher power or spirits, it is still a great way to spend the first days of the year with your loved ones or friends. And hey! It may be all imaginary, but what if it works? Then you will have the best year of your life! 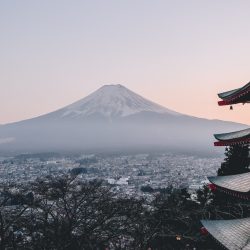 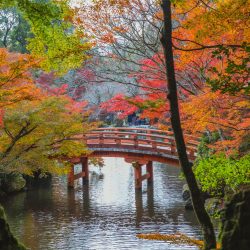