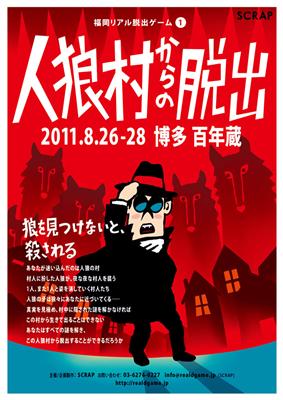 We took GenkiJACS teachers and staff out to celebrate the end of the busy summer season last week. This time we arranged to attend something a little special – リアル脱出ゲーム (riaru dasshutsu geemu, a real escape game).
Escape puzzle games have become popular in Japan on PC and more recently, smartphones. In these games, the player must find clues and solve puzzles to escape from a locked room or other awful situation. Real escape games bring this to the real world – participants are literally locked in a room filled with clues, and given a time limit to escape. The game we attended was organized by a company called Scrap. They run these games around the country, of course changing the puzzles and situation each time. Ours was 「人狼村からの脱出」 (Jinroumura kara no dasshutsu, Escape from werewolf town), which involved figuring out which of the townspeople are werewolves. Of the 15 or so teams at the event, only two teams managed to escape before the time limit, and none of the GenkiJACS staff were in those teams, unfortunately. But we had a great time trying! 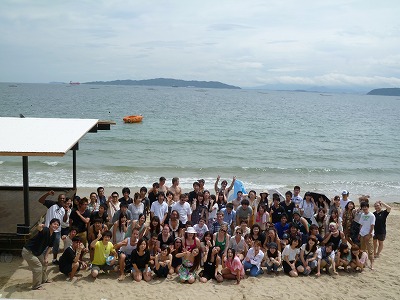 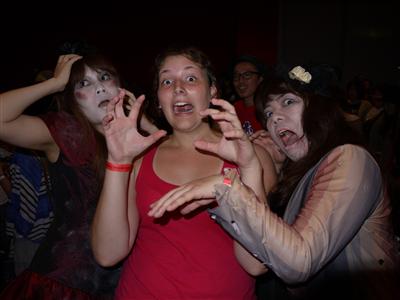