Here’s a great story from one of our Japanese language school students, Mohammed-san, of how safe Japan really is:

Many people can’t imagine how safe Japan is, but that’s one of the big reasons that make me love this country and its people. I always tell my friends that Japan is so safe that you can leave your laptop or your bags at a cafe, and come back after one hour to find your stuff hasn’t been touched.

One day recently I was running to catch the subway to school from Fujisaki station. Once I arrived at Akasaka station I realized I didn’t have my wallet! I panicked because it had my Saudi driver license, ID card, bank cards and more than 130,000 yen (about 1,500 USD)!

So I talked with the little Japanese ability I had to the station staff that I lost my wallet in Fujisaki station, because the last time I used it was to buy a ticket there. He asked me my name and immediately contacted Fujisaki station, to find out that they had my wallet. I was asked to go and pick it up.

It turned out someone had picked it up and given it to the station staff. The station operator asked me to show proof of my name so I showed him my Genki Japanese language school timetable and I signed a paper to finally get my wallet. After I got it I checked and found all my money and cards were there. I was surprised because there is no place I could think of other than Japan where such a thing is possible! That’s why I think every Japanese person should be proud of this. 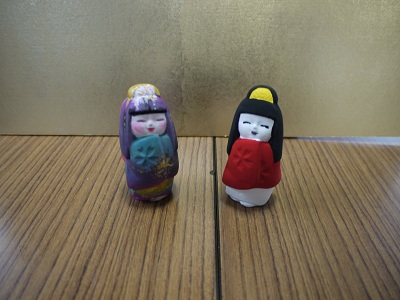 Very very safe! A few examples we’ve noticed recently, from in and around Fukuoka:

– When you get large amounts of change from the subway vending machine, a loud recorded voice announces “big spender here!” (or something close to it)
– A local tv show interviews people on the street, asking them how much money they have in their wallets. Most people carry way more than 50,000 yen ($500) at any time
– Rice theft makes the local evening news for 3 nights in a row
– The Japanese version of Cops has a section on the Fukuoka Police force. The two featured crimes? Violence against a vending machine, and unauthorized posters.
– A non-fatal stabbing makes national tv news. Number of deaths: 0 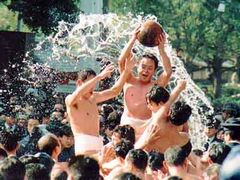