Today we will be looking into one of the more recently developed martial arts or武道（ぶどう）of Japan.

合気道 was created in 1920s! That’s right, 合気道 is less than a hundred years old. It was developed by 植芝盛平（うえしば・もりへい）who was influenced by a much older Japanese 武道 school called 大東流合気術（だいとうりゅうあいきじゅつ）. The school was a predecessor to a number of martial arts and the current version of 合気道 is one of them. The older version was called 合気柔術（あいきじゅうじゅつ）. It combined various `soft` and `hard` techniques of fighting.

Additionally 植芝先生（うえしばせんせい）was also influenced by the Shinto religion, which promotes peace, harmony and compassion towards others. So 合気道 became a `soft` martial art where instead of harming an opponent, the energy of the attack is redirected and used to resolve conflict without harming anyone. The ultimate pursuit of an 合気道 practitioner is not to become technically perfect or even in their physical development, but in working towards improving her/himself as a person. 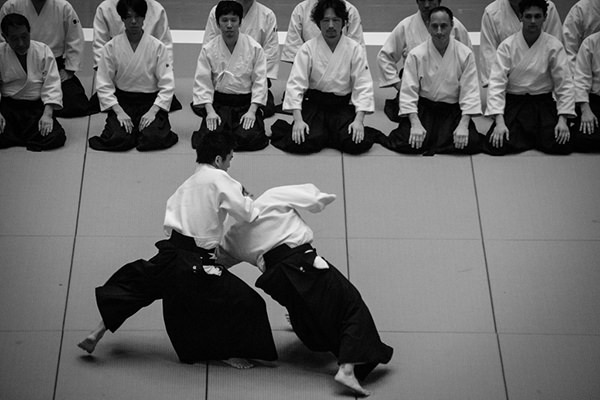 As in many of the martial arts, the practice of 合気道 can only be done in pairs. An attacker or 受け（うけ）and a receiver or 取り（とり） will typically perform practiced movements together in order to learn different aspects of one or another technique. There are a great number of throwing and falling techniques a practitioner has to be introduced to and master before moving on to the `multiple attacker` practice.

There are slight variations in the way each particular school of 合気道 approaches the basic teachings of 植芝先生, but they all follow the same principles which makes 合気道 an ever evolving 武道 that appeals to millions of people world-wide.

As in other Japanese Martial Arts, a practitioner of 合気道 will normally progress through the 級（きゅう）grades before being tested for the so-called 初段（しょだん）level. At 級 level they wear a white tunic and loose pants, with a colored belt according to their level, very similar to the standard karate uniform. When they reach 段 level a pair of black, wide trousers or 袴（はかま） may be permitted to be worn by the 1st Dan practitioner, though this may vary on a school-by-school basis. 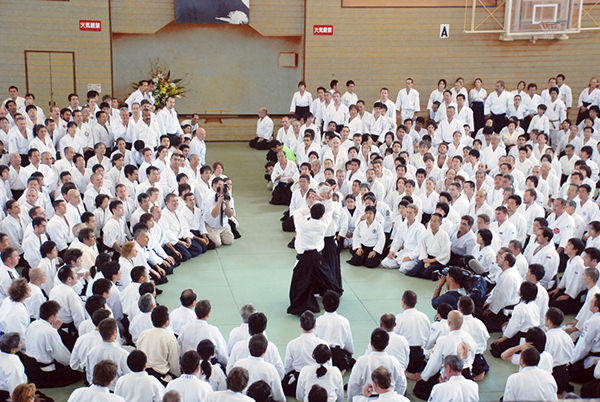 Because 合気道 promotes peace and harmony, most schools do not support the idea of competitions. That being said, there are some branches of 合気道that do hold competitive events. Their argument is: competing is not the same as fighting, but just another way of learning about oneself.

If you would like to find out more about this particular martial art, please follow some of the links below: 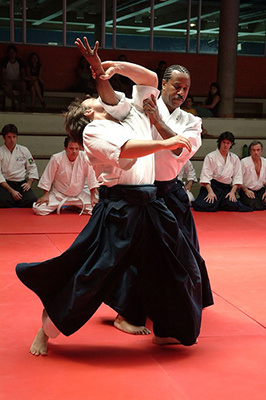 Words used in this Article: 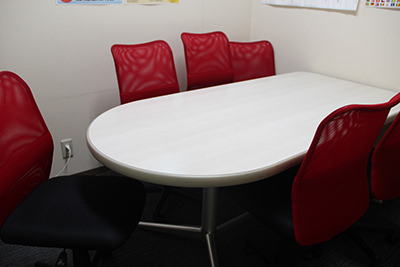 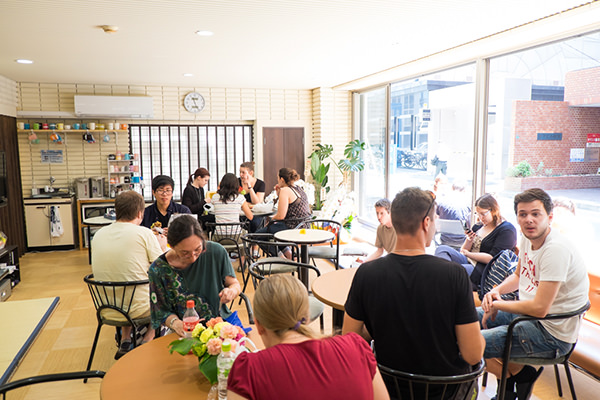