We may not be the least biased source of information, but as insiders in the Japanese language school industry, we'd like to provide some pointers on things you should keep in mind when choosing a Japanese school.

Everyone's needs are different, so below are criteria you can use to determine whether a certain Japanese school is good for you:

1. Purpose of your study

What are your eventual goals in learning Japanese? There are two main types of Japanese language schools: university preparation schools and what we call "communication-based" schools.

If you plan to study at a Japanese university later, make sure that you select a Japanese language school that is accredited by the Japanese government. Only schools that are officially recognised are allowed to give student visas. They also offer preparation courses for university entrance exams. However, note that these schools generally focus far less on communicative topics than on memorizing the necessary vocabulary and kanji. They also generally require study of at least a year, and only have two or four student intakes per year.

If your eventual aim is anything other than going to a Japanese university, we recommend a communication-based school. These generally have more flexible courses and schedules, and focus on speaking and listening skills equally to or more than reading and writing.

In particular, if you are currently studying Japanese overseas (outside Japan), it's likely that your biggest problems are with speaking and listening, as you are not in a native Japanese environment. In this case, a Japanese language school that allows you to practise the things you have already studied can increase your fluency greatly.

If you want to actually use and speak Japanese, a communication-based school is what you want to look for.

Additionally, are you looking for a Japanese language school that provides a full range of services, both inside and outside the classroom? If you have friends in the area of the school, or have your own plans for your free time, a school that only offers standard classes will possibly be a little cheaper. However, some schools offer a variety of after-school activities that can enhance your experience, and give you a good way to meet local people and experience the culture.

Finally, if you intend to stay in Japan (for example, to work) after completing your studies, ask the Japanese school if they provide accommodation or job search help to their students. (GenkiJACS does.) 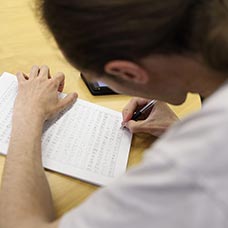 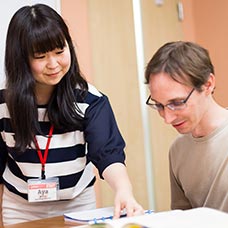 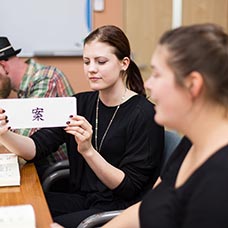 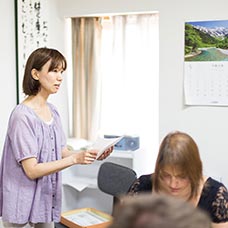 Japanese schools can generally be divided into 3 groups:

Big schools (in general, most government-accredited ones) are expensive because of the large overhead they have to support - their campus, etc. So, in this case, you pay a lot of money but (as with a university) don't receive much personalized attention. Classes are usually large - about 20 students - but teaching methods good. And of course you have access to the resources of the large school, which can include having a lot of Japanese people on campus, if the school also teaches other subjects.

Little schools can choose to skimp on some things (hiring only part-time teachers, putting many students into the same class regardless of ability, providing photocopied materials instead of textbooks) to reduce the cost of studying with them. This can make them an attractive option if your budget is very limited. However, in general the quality of teaching will also be somewhat lower than expensive schools. Other small schools (such as GenkiJACS) charge more but provide concurrently higher levels of service. For example, at GenkiJACS, if you are the only student at your ability level, you will have one-to-one classes with a teacher.

You get what you pay for.

If your budget supports it, we recommend spending a little more than the minimum, as choosing a cheap school can mean that you end up not learning very much, and not enjoying your time in Japan. For most people, the time that they can take off work or school to study at a Japanese school in Japan is limited, so it is important to make the most of it.

It's worthwhile taking the time and doing the research to make sure you choose the right Japanese language school for your needs. You are making an investment in your future.

Before selecting a school, ask them what countries most of their students come from.

Many Japanese language schools in Japan accept mostly Asian students. This means that the teaching style and classwork focus is on the needs of Asian learners. Specifically, students from Korea and China use kanji (to some extent), so classes may assume that students will already be able to write kanji. Learning styles are very culturally based, and so in schools with mostly Chinese and Korean students, classes may be mostly lectures, rather than two-way communication.

The flip side of that, of course, is that if your classmates and you don't share a common language, you end up having to speak Japanese, which helps you to practice. So, for native speakers of English, a Japanese school with students from across Europe, South America, etc. (i.e., countries with similar communication styles but different languages) can often be the best choice. Finally, flexibility in teaching methods is a definite advantage. Smaller schools with smaller classes can adapt the content of lessons to each student.

When deciding to study Japanese in Japan, students have to make a series of important decisions, but perhaps the first and most important of these is, where to study? Unless they have a personal reason for choosing a specific place, people often prefer to learn Japanese in Tokyo, or anywhere except Tokyo. Both of these are valid choices, with their own advantages and disadvantages.

Decide which you prefer and choose a school accordingly. In the city, you may be able to have a more "fun" stay, but being in the countryside where few people speak English can give you more opportunities to practice, and deeper relationships with the people around you. (GenkiJACS is in the center of Fukuoka City, with a population of 1.5 million, and Tokyo.)

Many language schools are clustered in and around Tokyo, which is where many people want to go. However, you should be aware that Tokyo is very different from most of the rest of Japan, and it is easier to get by in Tokyo without using your Japanese language ability (i.e., less external motivation to learn). Many GenkiJACS students who have been to both Tokyo and Fukuoka prefer the atmosphere and lifestyle of Fukuoka City in the end. If being on æœ¬å·ž (Honshu, the main island of Japan) is important for you, choose a Japanese school appropriately.

The climate also varies greatly from place to place - the north of Japan can be very cold, with long snowy winters, while Okinawa is sub-tropical goodness. Kyushu (where GenkiJACS' Fukuoka school is located) is warmer than most of Japan, and has beautiful beaches! And there are of course many things that can only be done in Tokyo, from the Ghibli Museum to Akihabara.

Here is a brief comparison of the three cities our Japanese language school is located in:

5. Period and time of study

As mentioned above, most university preparation schools offer courses of a year or more. For shorter courses, look at communicative Japanese language schools. Some schools limit their intake periods (for example, only once per month or once every 6 months), while others, like GenkiJACS, accept students at any time of year. Generally, schools with limited intakes have less seasonal fluctuation, meaning less of a busy season. Schools that accept students at any time tend to have large volumes of students during holiday seasons (mainly July and August), which can make everything a little more chaotic at those times. If attending a school like this, we recommend attending outside of summer as much as possible.

Begin the journey of a lifetime. Speak Japanese, live Japan.

Accredited and award-winning Japanese school in Tokyo, Kyoto, Fukuoka and Nagoya. Learn real-world, communicative Japanese in small, intimate classes. Kickstart the journey of a lifetime in Japan, or bring your existing skills to new levels.